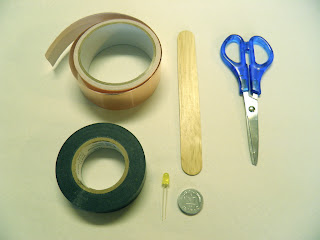 Materials:
•5mm led ( we got ours from Evil mad Scientist, their prices are good in 100+ quantity, they also sell a bright defused version   ,all electronics or goldmine electronics are also good place to start looking water clean leds)
• 3v lithium button battery ( we got ours from sciplus.com item # 40919)
• copper tape (found in the gardening section of hardware stores as an anti snail/ slug product or alternatively in 1/4'' form on amazon  )
• wide popsicle stick (tongue depressor) 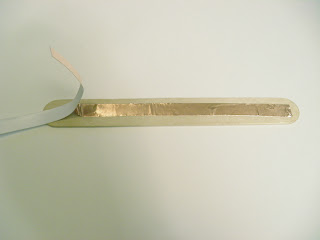 The first step is to put a long strip of copper tape down the length of the popsicle stick with enough extra to wrap about 1'' to the other side like so. 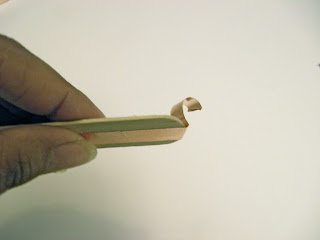 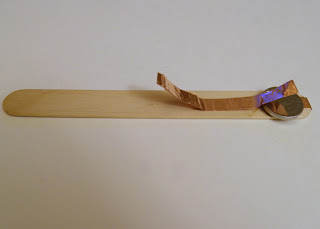 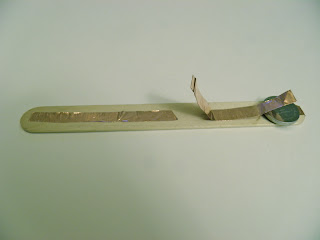 Tape the battery and battery contact in place with electrical tape.  Add a final piece of doubled up copper that runs from under the switch contact to the top of the popsicle stick. Alternatively, you can use a folded piece of aluminum foil for this part and tape it down in the middle. This may be easier for younger kid as folding the tape can be challenging. 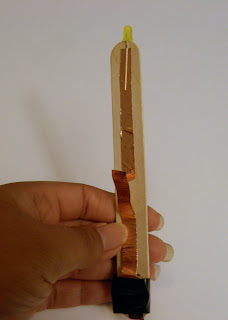 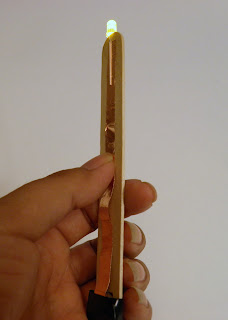 Here the switch is closed and the light on. Note that for this example we ended up using a yellow led we had laying around not the recommended bright white led. 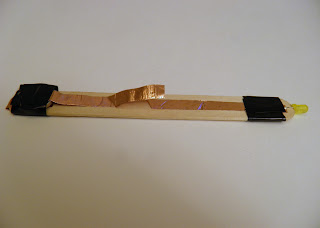 Heres the final flashlight with the battery and led taped in place. 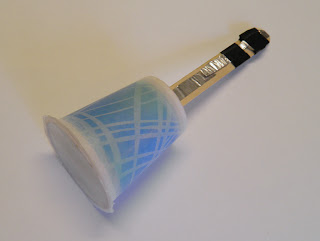 This is a slightly modified version using an ultra bright led and a cup with wax paper as a diffuser. Adding the cup and defuser spreads out the light and makes shining it it in someone eyes less hazardous.  This version also had the folded and taped aluminum switch, and it also uses aluminum for the conductors.

Here's a video of the flashlight working during the day and in the dark: