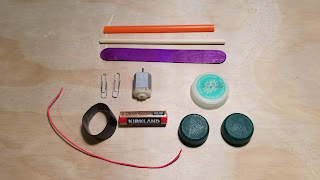 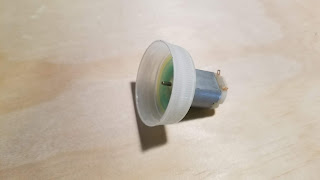 Make a hole in bottle cap by hammering a nail through the middle of the cap.  Push the motor’s axle through the hole.  It should be a tight fit.  If it is not a tight fit hot glue the cap in place. We found that a 3D nail makes the perfect size hole for the axle of the motor we use. 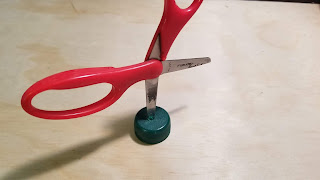 Use scissors to enlarge holes for rear wheels if using a dowel. If using bamboo skewers it is not necessary to enlarge the hole. 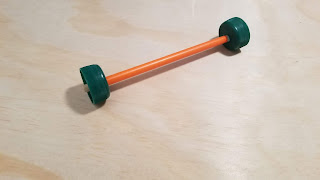 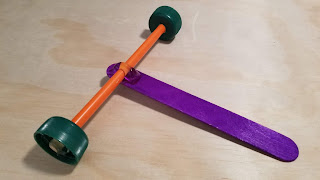 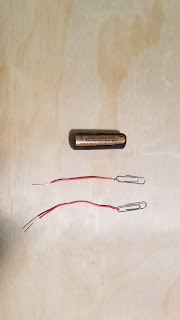 Cut wire into two and strip ends of wires.  Attach each wire to a paper clip.  Pull rubber band lengthwise over the AA battery. 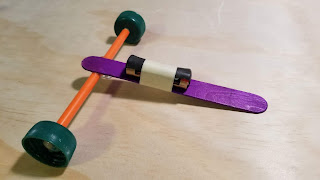 Things to do and notice:

1.      How else can you make the car turn on and off? Try making a different switch.
2.      Would the car go faster with a bigger front wheel or bigger rear wheels?
3.      Does it matter if the car goes forward or backwards?  Is it faster one way or another?

Kids found two different kinds of salamanders in the park this week. 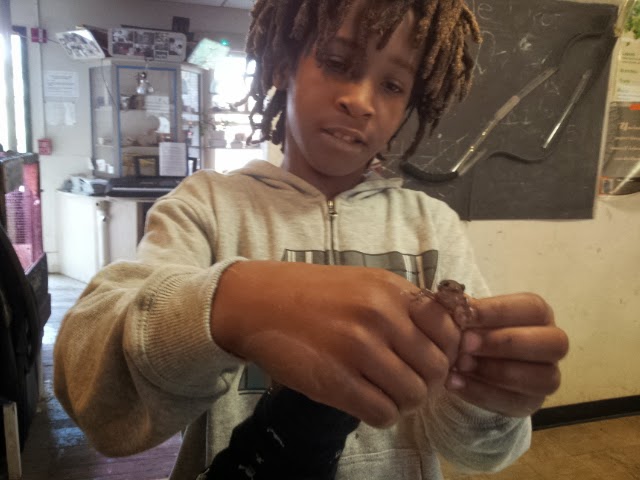 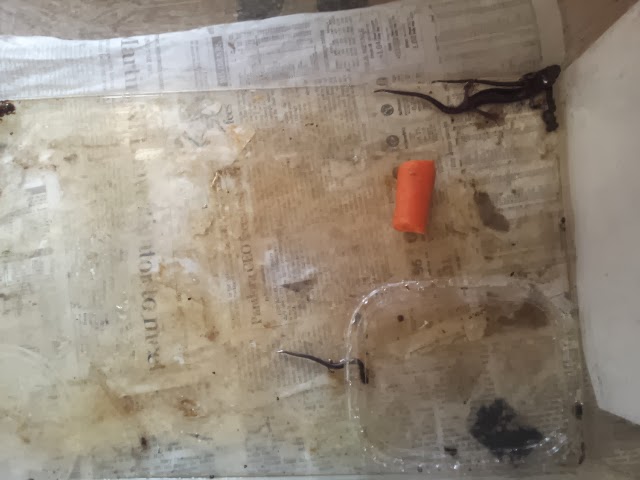 The text of a handout for young salamander collectors:


"These are California Slender Salamanders. They are amphibians. They have no lungs and breathe through their skin. They eat small spiders, beetles, crickets, pill bugs, and snails. They catch their prey by flicking out their sticky tongue. They live in moist places, but NOT in water. Slender Salamanders are common on the coast of California. You can probably find one living in your backyard. Look under logs, rocks, and piles of leaves. They protect themselves by running away or excreting a sticky liquid. If their tail falls off, or is bitten off by a predator, it will grow back."

Sala wanted a pet reptile. He had $40, a dozen reptile care fact sheets, and an obsession to own a reptile.
Sala's mother would not let him purchase a reptile until he had a viable home for his pet. He spent a week or so searching the workshop in vain for plexiglass sheets to glue together into a makeshift tank for the ball python of his dreams. No luck. He schemed to make a box out of hardboard and hardware cloth for an iguana. He soon realized that he did not have space in his bedroom for a 6 foot lizard.

Then, in a pile of junk dumped on the street near an empty lot he found this: 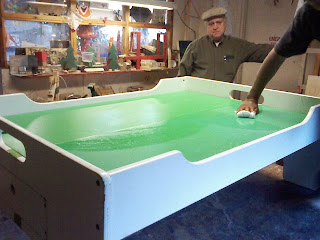 And carried it, almost exclusively by himself, three quarters of a mile and over a pretty impressive hill to the Center.

There was a pretty heated discussion among some of the kids about what this table had been used for. Sala and I think it is a toy train activity table.

He had seen pictures of tortoise tables on the internet. With the table in the workshop Sala set to work transforming the table into an enclosure for a tortoise.
After securing the top to the frame, an 8 inch fence of hardware cloth braced by 2x2s makes a safe place for a small tortoise. 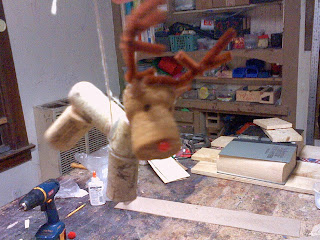 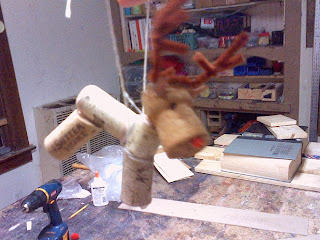 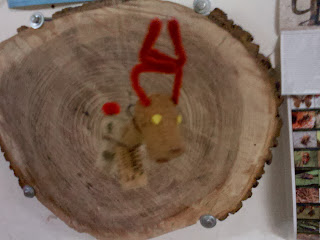 We have been making "snowglobes." 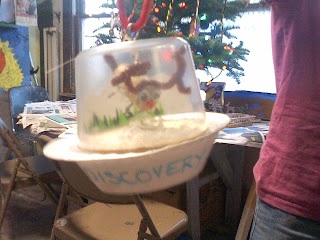 The globe is a pint to go container. The snow is shredded polystyrene foam. The snow is lifted into the air by a propeller spun by a 3 volt motor. 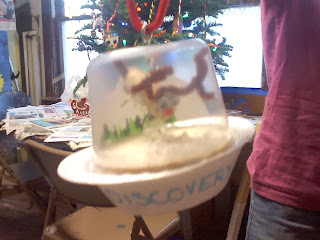 This week some kids wanted to make a "real" phone. One person made a model smart phone out of hardboard, a hobby motor, reflective tape, and phone wiring. 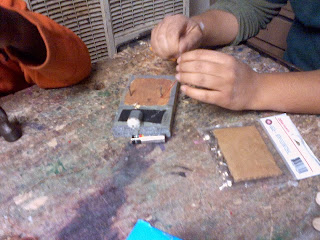 There was much argument about whether this was a "real" phone. It looks real enough for me.

This week we worked on Halloween theme automata. Take a look at the instructions for simple automata here. 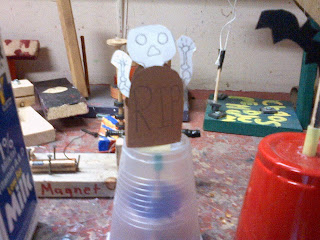 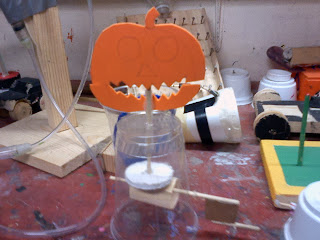 The star is the "Witch in a Cauldron" by Dawna.